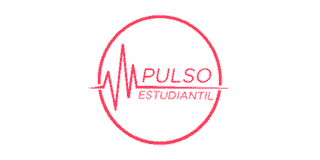 This past week, the president of the UPR asked the University Governing Board to stop payment for employees of some campuses that remained closed for a longer period during the earthquake emergency

The governor of Puerto Rico, Wanda Vázquez Garced, introduced a plan with the purpose of relocating those affected by the constant earthquakes that rocked the island during the month of January in a period of 60 days, hoping to finish the process by March 24th of this year.

As part of this project, the government will also open recovery centers in Guánica, Guayanilla, Peñuelas, Ponce, Utuado, and Yauco.

On the other hand, Vázquez announced that the government is currently dealing with the start of classes in the island’s public schools.  As of today, only 177 schools are open and receiving students.

Last month, Puerto Rico suffered a 6.4 earthquake that highly impacted residents from the southern area of the island. Weeks later, people are still recovering while they deal with constant aftershocks.

The president of the University of Puerto Rico (UPR), Jorge Haddock, asked the University Governing Board to stop payments to employees in the Ponce, Arecibo, Humacao and Mayagüez campuses for the periods each unit remained closed from August to November of 2019.

These campuses remained closed as a result of strikes to denounce the lack of transparency in the new financial aid model for students.

The petition is based on a law established in 2017 that states that the University Governing Board is responsible for stopping any payment to employees on campuses that remain closed for longer than 72 hours because of a strike, conflict or demonstration.

The company has already tested the project in Mayagüez and San Germán—they initially thought of this idea to deal with the transportation problems in the urban areas, specifically those around universities.

Juan Parra and Aldo Briano, founders of the company, are still trying to get the permit to operate inside the campus.